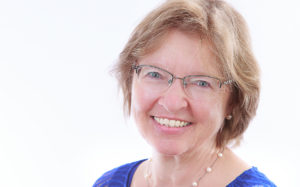 A team of seasoned casewriters works with Kirsten on a project basis.

For an interview with Kirsten about Case Method, click here.

Previously, Kirsten was director and founder of the Case Consortium @ Columbia, which produces online, multimedia curriculum for a group of graduate schools at Columbia University, including the Mailman School of Public Health, the Graduate School of Journalism, and the School of International and Public Affairs (SIPA). CC@C succeeded the Knight Case Studies Initiative, which Kirsten created in early 2007 for Columbia’s Graduate School of Journalism to bring the Case Method of teaching to the field of journalism education.

Before Columbia, Kirsten was acting director of the Case Program, Kennedy School of Government, Harvard University, where she wrote numerous cases on public policy issues. She started her career as a journalist, first at the Berkshire Eagle (Pittsfield, MA) and then for United Press International in Brussels, London, Stockholm and Moscow. She has written for such publications as the Boston Globe, Time magazine, the New York Times, and the Daily Express (UK). She contributed radio reports to both UPI and National Public Radio. She is a contributor to several books, including case study collections.

Kirsten has written cases on a wide variety of topics. They include: Caricatured: Le Monde and the Mohammed Cartoons; Credible Voice: WHO-Beijing and the SARS Crisis; The Accidental Statesman: General Petraeus and the City of Mosul, Iraq; and Politics of a Covert Action: The US, the Mujahideen and the Stinger Missile. Her cases have been widely published, including in the classified edition of Studies in Intelligence. She has written extensively on journalism leadership and management, international public health, the management and political ramifications of terrorism, and the transition to capitalism of command economies.

Kirsten has conducted numerous Case Method training seminars—on how to teach and how to write case studies—in the US and abroad. Former clients include the World Bank, the United Nations (New York and Turin, Italy), and faculty at universities or conferences in Belgium, Hungary, Kazakhstan, Ukraine, Bangladesh, and Kenya, among others. In the US, she has conducted sessions at, for example, Columbia University, the University of Arizona, University of Texas (Austin) and Harvard Kennedy School.

Kirsten holds a BA in history from Williams College, and a Master of Public Administration from the Kennedy School of Government, Harvard University.

To commission a case study or case workshop

“The [cases] have been a terrific addition to my ethics class. I can trust them to be credible, detailed and well-written."